Epoxy is one of the most beneficial floor finishes for industrial and commercial applications. Based on the fact that it is highly attractive and highly durable, epoxy floor finishes are in high demand. While it is considered an affordable long-term option, epoxy can present floor problems, particularly when incorrectly applied. This article will provide information on the common signs of epoxy floor problems.

What Is Epoxy Floor Coating?

Epoxy is a two-part, thermosetting floor covering created using polyamine hardener and epoxide resin. The resin provides the depth and color, while the hardener acts as a catalyst to give epoxy its strength. When mixed carefully at the correct ratio, a chemical reaction occurs, and epoxy floor coating is formed.

What Are The Common Epoxy Floor Problems?

One of the most common types of epoxy floor problems is bubble formations. Typically, bubbles appear in clusters known as honeycombs and are the size of pinheads. The bubble formations are caused by the incorrect ratio of resin to hardener during mixing, which leads to air entrapment in the epoxy. Temperature differences in the resin and hardener can also form bubbles as the air becomes trapped when the temperature attempts to equalize.

The second most common epoxy floor problems are craters and blisters. Blisters refer to large bubbles containing entrapped air; however, craters are the opposite. Craters refer to damage caused when bubbles pop leaving an indentation on the epoxy surface. If air is trapped in the surface concrete when it is covered with epoxy, the air engages in a chemical reaction causing heat. This releases moisture within the air pocket causing it to expand. The air is forced to the surface where it either develops into a blister or a crater.

The film and flow appearance are prominent when an epoxy coating is too hot or too cold. Instead of being attractive, the epoxy will appear uneven and dull. This change in appearance can also occur when excessive airflow is blown over the surface during the curing process. Epoxy is not like paint where it dries; instead, it cures when applied to the surface.

Potentially the most fatal flaw for epoxy is the poor application, which can result in peeling and poor adhesion. This can result from improper mixing of the hardener and resin, wide temperature variations, moisture trapped in the surface, contamination within the epoxy mixture, or poor preparation of the surface.

As can be seen, there are several signs of epoxy floor problems that can be taken into account. By being aware of these, you can be certain to apply the epoxy correctly. 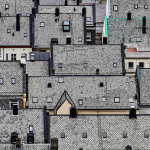 Having shelter is a basic need for human beings, and for that to happen, you need a roof over your shoulder to give you comfort and also protect you from external environmental conditions. For this reason, you need a roof that is capable of assuring your comfort and safety. Slate roofing has indeed proved to be the best option to consider mainly due to its longevity. Here is what the guys at Roof Restoration Sale have to say about signs of problems with your roof.

Another pro about this sort of roofing is the integrity and beauty it exudes. However, even the sturdiest slate deteriorates over time and may develop damages and cracks that need to be addressed. Considering this is your place of refuge, you need to get work done sooner rather than later. Here are the signs of slate roof problems that you should be on the lookout for before it all comes crashing down.

Leaks are one of the most challenging roof damages to spot since you may only note when there are certain environmental elements like rainstorms. Leaks compromise the quality of roofs and stain the ceiling, walls, carpet and wallpapers. It may be caused by corroded valleys, faulty copper, broken tiles, lead roof flashing or failure of underlay. Since some of the problems may not be noticeable until it is already too late, it is advisable you call pros to perform regular maintenance and inspections.

During the dry season, misaligned slate tiles may not warrant for raised alarms but waiting it out is not a wise decision either. It is better to deal with the problem early enough because the problem will not go away and will inevitably appear. The possible outcomes for ignoring the problem include water penetration and pest infestation making the house completely inhabitable.

Slates are considered to have a longer lifespan than other roofing materials. Due to exposure by environmental elements and time, slates crack and begin tumbling down the roof. This happens as a result of poor or no maintenance. If you are experiencing such an occurrence, contact experts immediately to help you save paying for a full replacement.

When you experience any of the mentioned signs of slate roof problems, please get in touch with slate roof experts to save you the anguish of having to spend more money than you would have in the first place. Get help for the necessary repairs to be done and see your roofing regain its lustre. Besides, roof repairs will also improve the overall property value and beauty of the household. 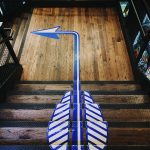 How much attention do you pay to the stairs in your home? If you haven’t checked your stairs in a while, you’ll want to do that sooner rather than later. If you’re aware of the signs of staircase problems, you’ll be able to take care of your stairs and avoid further issues highlighted by the Stellar Stairs team.

Damage Is Easier To Repair When You Catch It Early

The sooner you notice that something is wrong with your stairs, the more likely it is that you’ll be able to fix it quickly. A lot of damage is only going to become more severe if you don’t take care of the problem early on.

When you know what sort of warning signs you should be looking for, you’ll be able to fix your stairs at the first sign of a problem. This will make it much easier for you to keep your stairs in like-new condition.

Damaged Stairs Can Be Very Dangerous

A lot of people don’t realize just how many accidents a broken staircase can cause. If you hold off on fixing your stairs, you could wind up with a serious problem on your hands. Someone could wind up falling down your stairs and sustaining a serious injury.

Because having staircase problems is a major risk, you’re definitely going to want to keep a close eye on your stairs. If you do notice that something is wrong, you’ll be able to get everything taken care of before anyone has a chance to get hurt. The sooner you resolve things, the better.

These Problems Can Be Signs Of Other Issues

In some cases, the signs of staircase problems can also be a sign that there are other issues with your home. As an example, if you notice that the wood on your stairs is starting to bend, you may want to look at the flooring throughout your home and see if there are any problems.

Your stairs can help you to keep your eye on your entire home. If you want to keep your home in tip-top shape, you’re going to want to check on your stairs and see what sort of shape they are in.